A downloadable tool for Windows

UPDATE (5/9/2020): First thing's first-- I hope everyone is staying as safe as they can during COVID-19.  I haven't had much spare time to make games or apps lately, but it seems like there's more people using this app than usual with everyone staying inside more often and all. Thank you to everyone considering (and have used) Conception for their game development journey-- its where I started and got me as far as NASA with the skills I've learned, and continues to mean a lot to me for game jams.

With that said, the app needs improvements. Some feedback I've gotten includes the lack of security certification on the .exe (I wasn't aware of the issue back then). I've also thought about creating a version of Conception that can also be used by artists, composers, programmers, and even other creative disciplines like cooking or robotics. The app that improves upon the original design will be called Joybloc (https://robertdrsj.me/joybloc), which will be available as a smartphone app.

Best of luck to everyone doing creative stuff, and stay safe!

UPDATE (4/21/2017): Hey all! It's been over a year since I uploaded Conception. I didn't think people would use it as much as I thought, but I'm glad others are getting use out of it. The prototype is crude, but it gets the job done and I find myself using it during every game jam.

That being said, while playing with it in preparation for Ludum Dare 38, it's can easily overwhelm some people and can give "too much" information or might be too difficult. Hell, I don't use most of the stuff I put in there. So with that, here's some quick tips I've found to using it most effectively!

Usually, just that is enough to help me find an idea I'm passionate about. If there's any methods you find to using Conception, please share it in the comments~ Good luck!

*On a side note, the website shown on the initial splash screen doesn't exist anymore; but! You can view my work portfolio (https://robertdrsj.me/) to see what's been going on lately.

Conception is a tool for devs to use as a jump-starter for developing a game. While only one person controls Conception's user interface through a mouse device, allowing a team of more than one person is another option for a brainstorming session.

To use Conception as a brainstorming tool, the user selects the GENERATE! option which provides a randomly generated list of requirements for the creator to abide by. The list contains one constraint from each group: a topic, a mechanic, a dynamic, an aesthetic, a theme, and a genre/system. Once the constraints have been generated, the creator begins developing their game while incorporating those constraints.

Understanding these four fundamental groups, and how the end result of each game element can be polished to the utmost quality while staying within their given constraints, is the creator's goal.

The time limit is self-imposed by the creator. The tools (software, paper, pens, etc.) that the creator may use to develop their project are also self-imposed, but understanding the tools' limits may play a large part in the creators' success. If a generated mechanic is not what the creator's tool is made for, re-generating the list or using a different tool is completely viable.

If the user/creator has a difficult time understanding a generated item, they may reference the TOOL GUIDE option built within the Conception toolkit. The Tool Guide allows the user to search through an entire catalog of available items within the toolkit, as well as a list of common genres and systems available for the creator to toy with at their leisure. Good luck!

Having the option to “right click” and there by Lock a certain field when generating would be pretty neat.

However having just now noticed when this was uploaded, I can see how that maybe unfeasible to ask.

Heya, thanks for the tip! I'm actually working on an online database called Joyfair (https://www.joyfair.io/) and have some plans to add an improved challenge generator at some point. I'll review all the feedback posted here once that feature is closer to completion.

This is exactly what I was looking for. Thank you very much.

Apologies for the late reply but thank you!

I was feeling lack of ideas to practice in game-making, and this thing is just God-send ^_^

Would you kindly add "Save generated item" feature? In order to save my item and use it for further reference, I had to make a bunch of screenshots and edit them in Ps to something like this - https://imgur.com/FuIapmn

I've gotten that suggestion more than once, and I'm definitely going to add a feature like that by the time the final iteration is done. Honestly though, it might be a long while until that happens. Only gave myself a month or so to make it, and then stopped from there, leaving me very little time to put what IS in there. When I use it, I have to deal with Photoshop nonsense in the same way that you do, and its a huge pain. I'm sorry it won't be updated soon, so please bear with it for now! D:

Also, if you need some motivation - I'm gonna spread some word around the Twitter about Conception ;

That's really nice of you; thanks. :)

Motivation's been a bit of an issue with my current project, but not so much with Conception. I made it within a time limit so its pretty much staying where it is for at least a year or so-- I'm terrible at programming so even getting Conception to the state its in was really difficult. Though I pretty much pulled all-nighters for it, most of it was spent on research. And a lot of the code was repetitive and tedious, so even that wasn't so bad.

The current project, though... I've already spent maybe half a year on design, art, and user research, but the programming is the biggest hurdle and motivation killer. ._. It's not my thing at all. I'll admit that its helping me think more logically though.

I'm a game-designer myself, and while I'm pretty good with GameMaker and it's GML, coding is still kinda tough thing for me. It's fun, but really takes A LOT of effort. 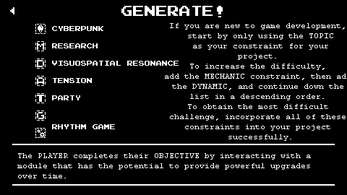 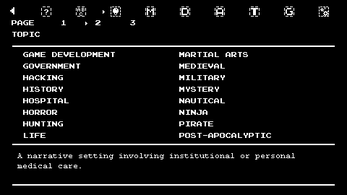 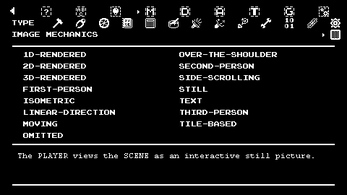 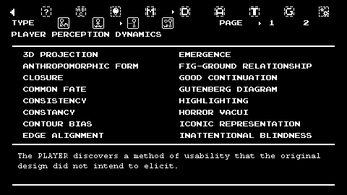 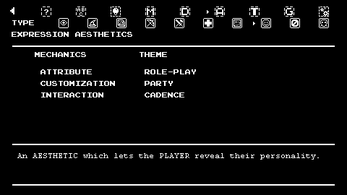 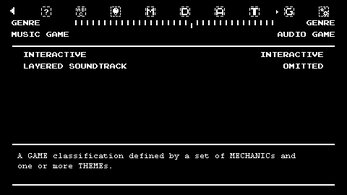 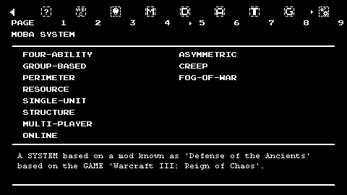 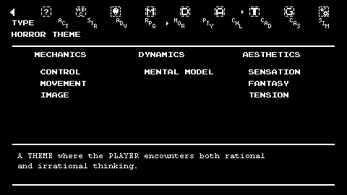 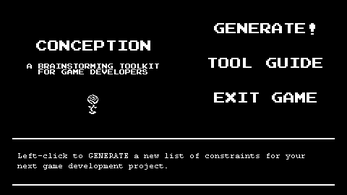